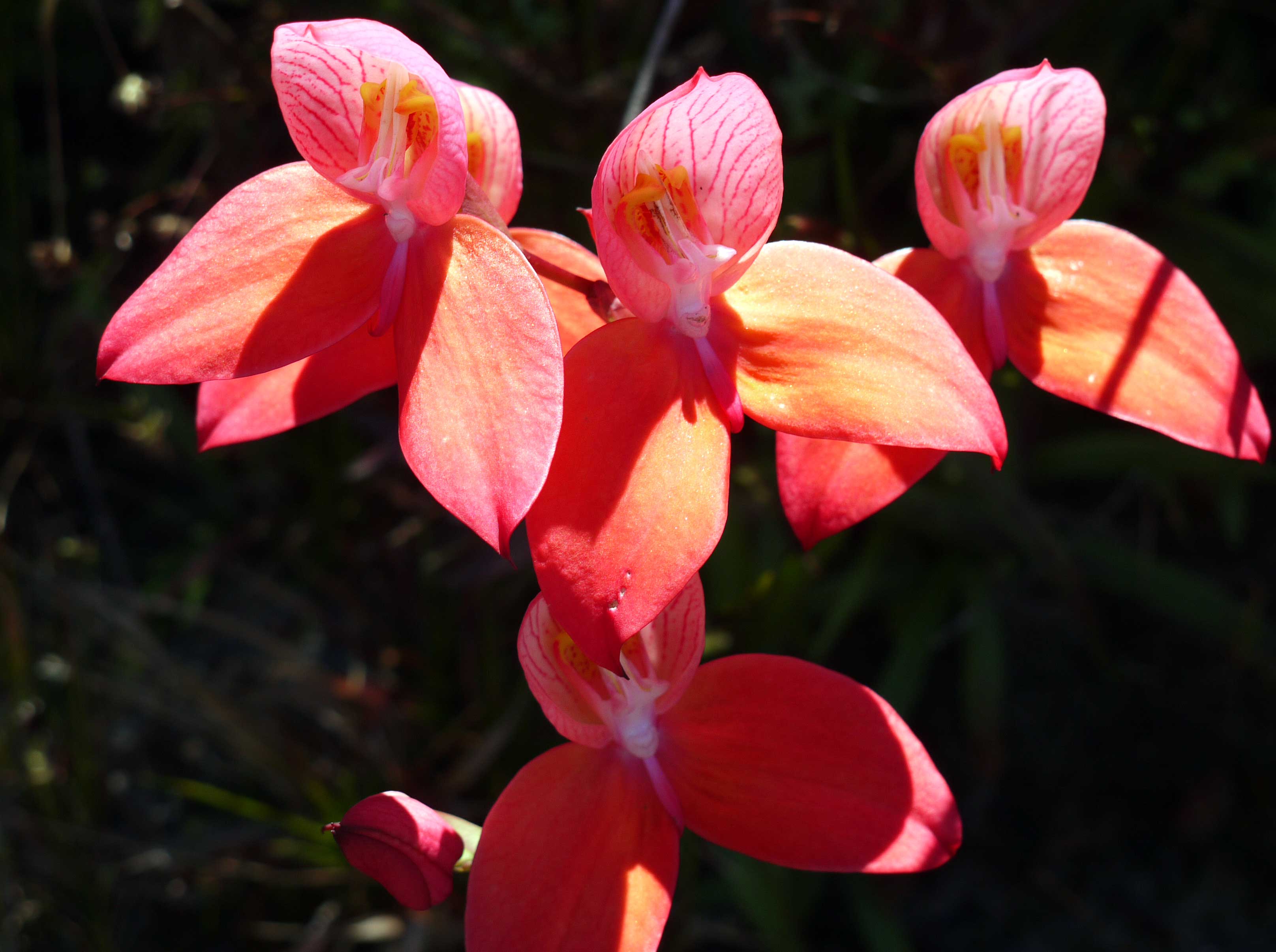 I grew up a winter baby, born in February in the northern hemisphere. Childhood birthdays were days for hot chocolate, tobogganing in the snow and soggy visits to the zoo watched by various bemused creatures hiding from the horizontal Westcountry rain.

Ten years ago I moved to Cape Town and suddenly the seasons were back to front and my birthday moved to mid-summer and the hottest time of the year. It also now coincides with the flowering of one of the Cape Floristic Region’s most spectacular orchids – The Pride of Table Mountain or Red Disa (Disa uniflora).

Disa uniflora is one of the most well-known members of its genus and is depicted in many logos, including the Western Province Rugby Union and the Mountain Club of South Africa. Each year many people in Cape Town make the hot and sweaty summer pilgrimage up Table Mountain to go and see this stunning orchid in flower.

The genus Disa is the most species-rich of the orchids in the Cape Floristic Region and is represented in southern Africa by no less than 144 species. This highly diverse African genus of orchids has its range as far north as Ethiopia and Disa species can be found as far afield as Yemen and Madagascar.

The genus was described by the Swedish Botanist J Bergius in 1767 and named after Queen Disa, a prominent character from Swedish mythology who according to a legend from Uppsala, presented herself to the King of Sveas dressed in a fishing net. It is thought that the net-like veining on the flowers of Disa uniflora reminded Bergius of this tale when naming the genus Disa. 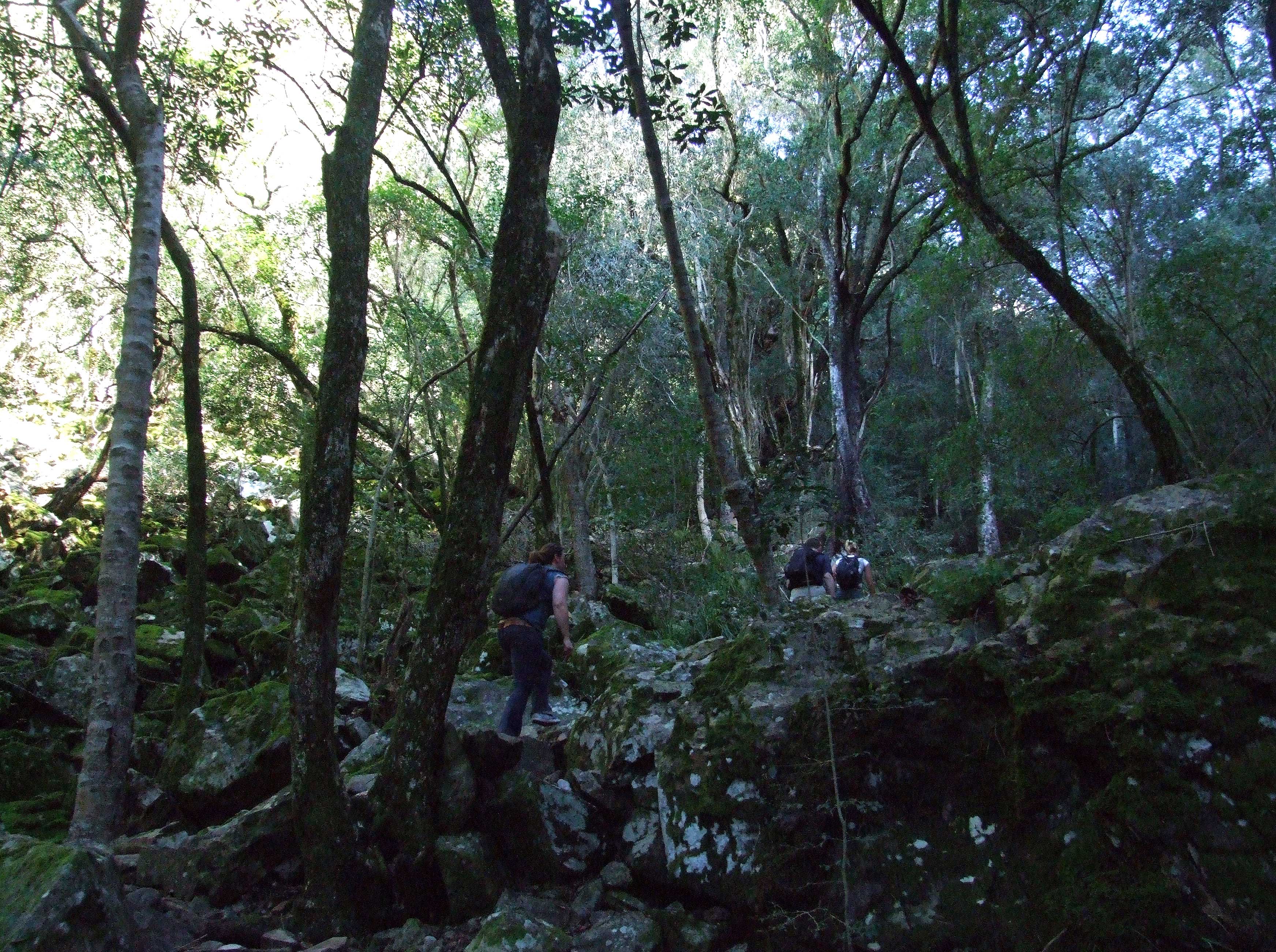 Disa uniflora grows in wet environments, along streams, adjacent to waterfalls and on rock faces where there is sufficient moisture. It is distributed from the Cape Peninsula northwards to Piketberg, the Groot Winterhoek Mountains and the Cederberg and eastwards to the Hex River Mountains, Hottentots Holland and Kogelberg Mountain ranges.

It is pollinated only by the Pride of Table Mountain butterfly (Aeropetes tulbaghia), which is attracted to the colour red and also pollinates several other red-flowered species that flower at the same time including Crassula coccinea and Disa ferruginea. This was first observed in the late 19th Century by the prominent botanist Rudolph Marloth.

Many hikers climbing Table Mountain to visit the Disas will make the ascent up Skeleton Gorge from Kirstenbosch National Botanical Gardens, high sided and shaded with beautiful afrotemperate forest offering respite from the fierce summer sun. The path winds upwards following a rocky stream bed and up a series of ladders before emerging onto the summit plateau with spectacular views over the city’s Southern Suburbs and Cape Flats towards the Hottentots Holland Mountains beyond. 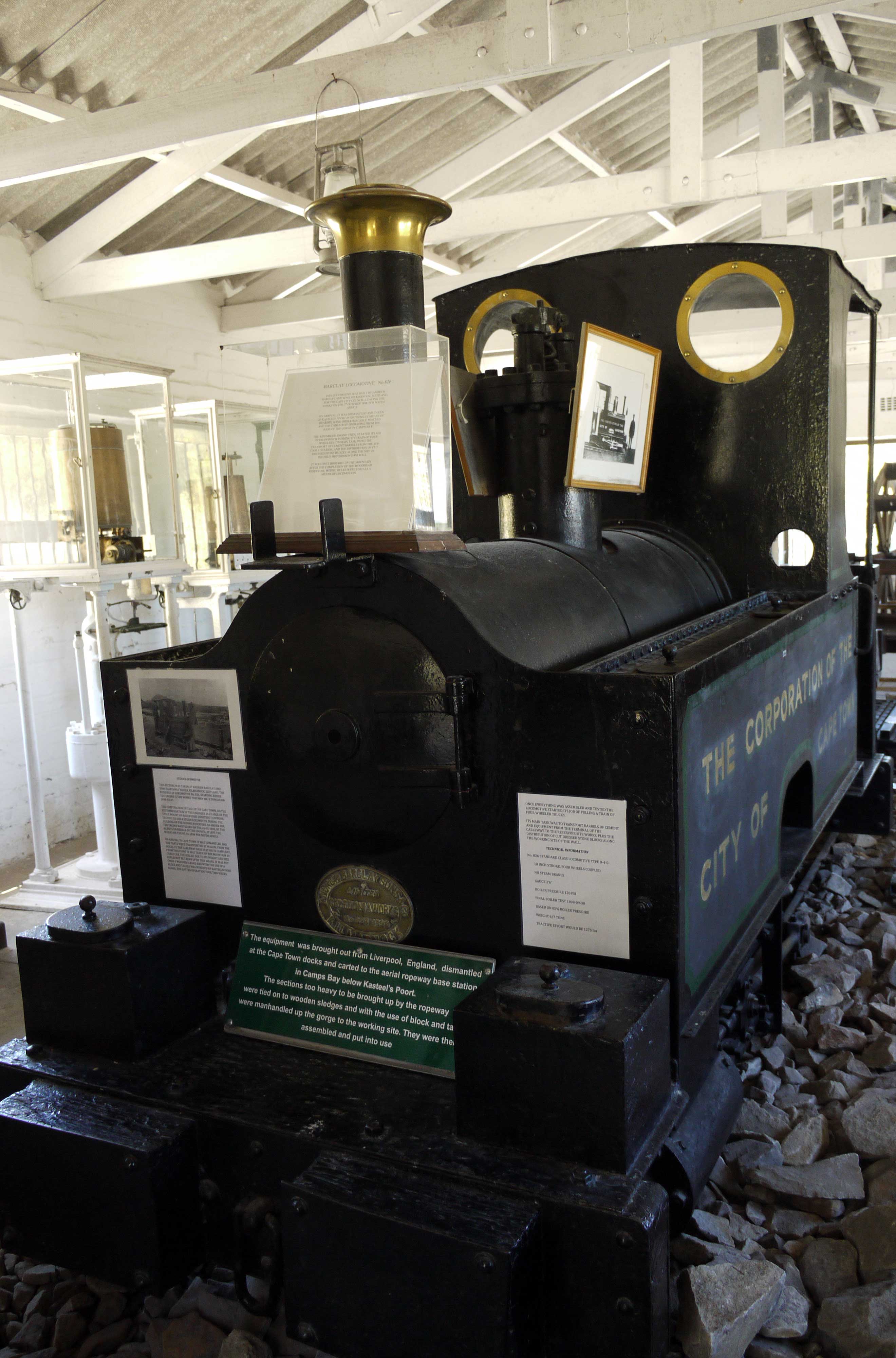 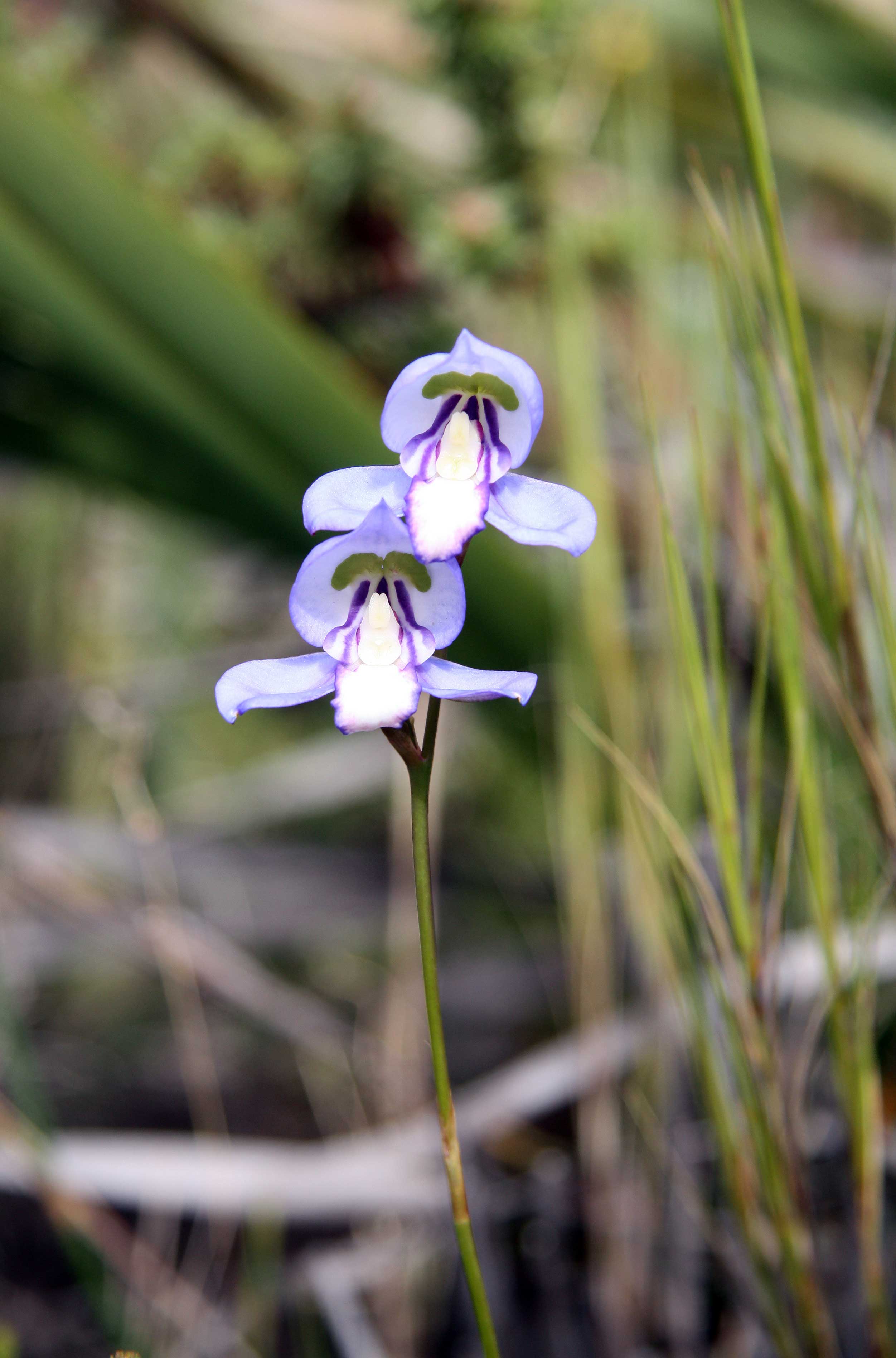 Top: The steam engine used in the construction of the Table Mountain dams. Above: Disa graminifolia. Photos © Zoë Chapman Poulsen.

A further point of interest on Table Mountain’s summit plateau is the network of dams built during the late 19th Century and early 20th Century which historically provided the only water supply for Cape Town through a network of tunnels and pipes. As the city has grown these dams now provide only 5% of Cape Town’s water supply.

More can be learnt about this at the Waterworks Museum adjacent to Hely Hutchinson Dam. One of the main exhibits there is the steam engine used for transporting material across the top of the mountain during the dam construction. The locomotive was constructed at Kilmarnock in Scotland and transported up Table Mountain piece by piece via a cableway near Kasteelspoort above Camps Bay.

At the time of construction of the dams, Sir Percy Fitzpatrick, naturalist, author of ‘Jock of the Bushveld’ and the man after whom the Fitzpatrick Institute of African Ornithology at the University of Cape Town is named commented that prior to the construction of the Woodhead Dam, the area was covered like “a scarlet blanket” with Disa uniflora flowers in February. The numbers of Red Disas were also depleted as many plants were shipped overseas for cultivated collections during the 19th Century. 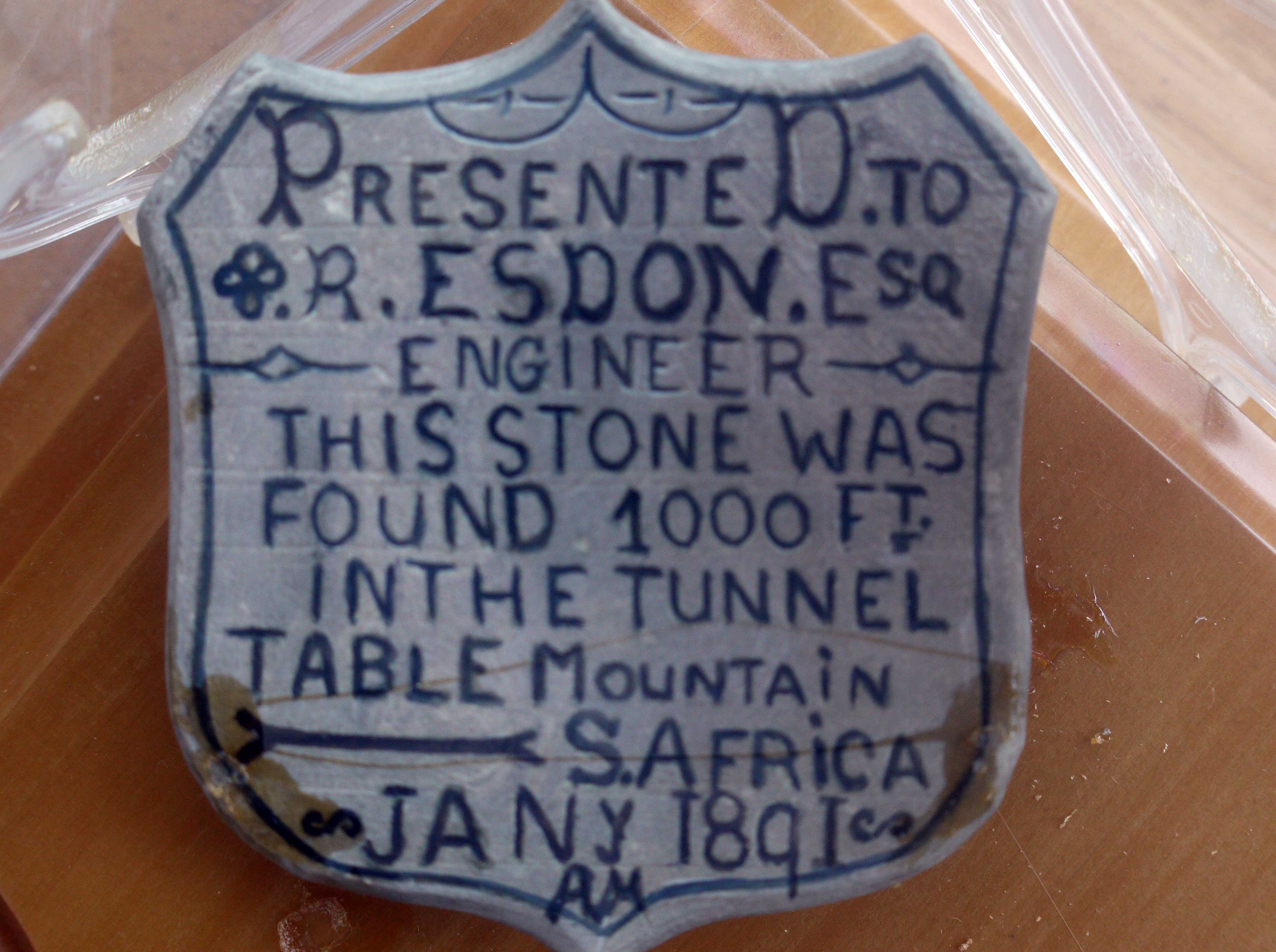 Above: Rock extracted during the building of the tunnel through Table Mountain from Orange Kloof to Slangolie Ravine to transport water from the dams to the city. Photo © Zoë Chapman Poulsen.

Hikers on Table Mountain in mid-summer may also be lucky enough to see the beautiful Blue Disa (Disa graminifolia). The sweetly scented flowers are pollinated by carpenter bees. When descending the mountain back to Kirstenbosch, King Proteas (Protea cynaroides), South Africa’s national flower, can be seen flowering en masse in Nursery Ravine. A perfect end to a wonderful day on the mountain at the heart of Cape Town.