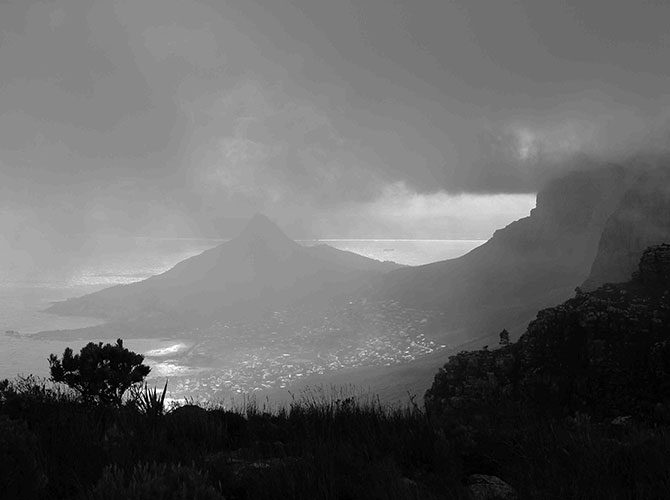 This blog comes from Cape Town: one of the world’s most beautiful cities at the south-westernmost tip of the African continent. It is at the heart of the Cape Floristic Region (CFR) which forms one of the most botanically diverse environments on the planet.

A lifelong love of plants brought me here for the first time five years ago as a horticultural intern at the world-famous Kirstenbosch National Botanic Gardens. I was born in the United Kingdom and grew up in the village of Portesham in the rural Westcountry county of Dorset.

A little more than ten years ago I decided to make South Africa my home and flew 7,000 miles southwards to the Mother City to begin a Masters Degree in Botany at the University of Cape Town in its stunning location at the foot of Table Mountain.

The City of Cape Town is home to a rapidly growing metropolitan community of over three million people, making it one of the largest cities of South Africa. It is situated on the rugged and mountainous Cape Peninsula which covers an area of 470 square kilometres from the iconic profile of Lions Head, Table Mountain and Devil’s Peak in the north to the Cape of Good Hope in the far south.

Cape Town experiences a mediterranean climate with most rainfall occurring in the winter months. At this time of year, cold fronts move westwards off the Atlantic Ocean bringing fierce storms to the Cape and snow to the peaks of the mountains to the northeast.

In contrast, in summer temperatures can soar to around 40 degrees, the ephemeral streams dry up and fires are common. Throughout the year clouds swirl around the summit plateau of Table Mountain bringing a constant supply of moisture at the highest altitudes.

In 1998, much of the Peninsula Mountain Chain was proclaimed as Table Mountain National Park to ensure long term formal protection of the area’s internationally important biodiversity. The Peninsula is also a UNESCO World Heritage Site, placing it upon a similar level of global importance as the Galapagos Islands and the Grand Canyon. Table Mountain was also recently voted to be one of the new Seven Wonders of the natural world. So what is it that makes the Cape Peninsula so special?

The Cape is characterised by a type of vegetation known as fynbos: A mediterranean climate shrubland that is both fire-prone and fire-dependent. Fynbos is most well known for its phenomenal plant diversity with a total of over 9,000 species of vascular plants in an area less than the size of Portugal.

The Cape Peninsula has a total of 2,285 plant species and Table Mountain alone has almost 1,500 species in just 57 square kilometres. The Peninsula biota has an unusually high level of endemism in comparison to the rest of the CFR in the context of both flora and invertebrates. There are also two frog species that only occur within the vicinity of the city: The Cape chirping frog and the Table Mountain ghost frog.

In this blog, I will present a series of vignettes about the flora of South Africa with a particular focus upon the Cape Floristic Region. I also hope to encompass some of the work of the botanical community here and provide an insight into our lives and work. I hope you will enjoy reading it.