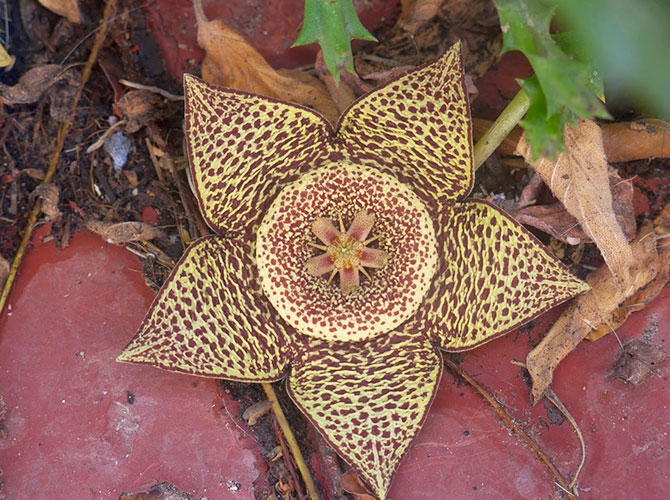 A Stink on the Stoep

This autumn the weather of the last few weeks has had Capetonians all over hunkered down with their hot chocolate and warmest clothes and blankets, as unusually early winter rain has arrived. There has been a distinct chill in the air and reports have come in of snow falls in the mountains further inland. While drinking my morning tea on the stoep and watching raging torrents of water cascading down the eastern face of Table Mountain, I noticed this curious and beautiful plant flowering at my feet for the first time.